Central Europe is a renowned forest area for the quality of its mixed forests, where reign abundant beech groves finding fresh and limestone soils at the specie’s convenience ; conifers and miscellaneous woods are also well represented in this area.

The Carpathian massif, second largest mountain range in Europe, stretches over 8 central European countries and covers 209,000 km² of which 53% in Romania.

In total, more than 1,500 animal species live here in the wild, including buffalos, cervidae, boars, chamois, elks, groundhogs and a lot of other mammals, birds including capercaillie, fish, batrachians, insects, reptiles and molluscs.

The Romanian Carpathians Mountains, with peak at 2,544 m, are still covered by nearly 400,000 ha of primary forests among the last in Europe, which, nestled aloft and protected by inaccessible steep slopes have thus escaped human appetite.

There stand exceptionally old and sized trees of remarkable quality.

Below these sanctuaries protected in the form of natural parks or reserves, grow other forests of same vein, but where human activity has manifested itself, most often in the form of sanitation cuts.

During the 1945-1989 period, with Romania falling under a totalitarian regime, the state improperly nationalizes all forests belonging to private and legal entities to become the sole owner of the wooded areas.

The 1989 revolution put an end to the dictatorship and helped to restore democracy as early as 1990. The adopted law thus try to rectify the injustices of the totalitarian system and most forests have been given back or are being transferred to the rightful owners.

The percentage of private forest, whose total area has reached 6,400,000 ha, is about 50%. In terms of forest management, the communist state proved to be a considerate forester, respectful towards the forests as one, creating many quality infrastructures (paved roads, bridges, protection against erosion,…) to enhance and protect the resource and its access. As a sole proprietor, it has widely concentrated on the capital preservation, allowing rare sanitation cuts without considering economic viability through excessive harvesting.

While forestry is an important activity at the national level, of which about half the volume is absorbed by local processing and production, due to a lack of information and training, due to a lack of rigorous management, it is not sufficiently respectful of the exceptional environment enjoyed by the country.

Although Romania has allocated 30% of its resources to soil and water protection, only 5% of its total area is devoted to biodiversity conservation.

Despite its medium elevation, the Carpathian arch is home to the largest uninterrupted forest in Europe, a real mosaic of different environments : ancient unexploited exploitation, regeneration forests, coppice forests and pastures.

Management plans are generally very conservative, allowing only small volumes to be cut per hectare.

Planned for ten-years periods, they can be modified at the owner’s initiative at the condition to be submitted for review by the experts of the owner’s management unit or experts of the local government in order to decide on a more dynamic, more efficient, more profitable management.

However, such kind of management implies experts assessment costs that the current owners or their heirs cannot afford, especially after lengthy and costly restitution proceedings.

Since 2014, Fayswood, has made a commitment in this country with EFCE to meet a growing demand for expertise and forest management.

Based on this expertise, the selected forests, whose surfaces range from some hundreds hectares to several thousand hectares, are classified by forest pole according to their constitution, quality and value ; generally close to each other, several of them can be gathered to constitute a particularly close block, with a same constitution or depending on a minimal required surface.

The rigorous forests selection based on their location, their quality and products, and a management aimed at reducing operating and transport costs to river or sea ports, promise future significant gains for investors.

Investing wisely in this country has many advantages: the selected properties are all equipped with good quality access, the negotiable areas are of all kinds up to several thousand hectares, the quality of the woods selected is excellent, some forests are real treasures in terms of hunting and wasteland makes it possible to envisage quality plantations. 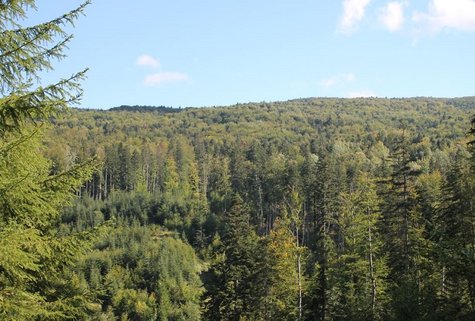 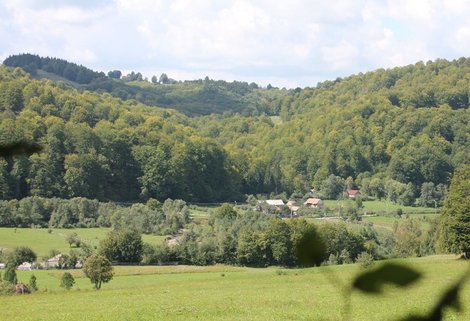